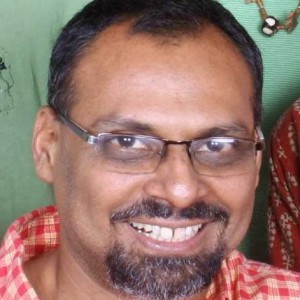 1Samuel 16:1-13 begins the story of David, the great king who united the twelve tribes of Israel into one nation. As we read his story in the following chapters, we see that that David had his work cut out for him. Not only did he have to deal with the division and infighting between the tribes, but he also faced external threats from the Philistines.

How did David do it? On one level, he was a very talented man: a skilled tactician on the battlefield, a cunning diplomat, and a charismatic leader. But David’s natural gifts paled in comparison to the supernatural gift we read about today. In short, David was anointed for the task God had for him. When Samuel poured the oil over him, David was filled with the Spirit of God and received a special grace to lead and unite his people.

Today begins the annual Week of Prayer for Christian Unity. It’s a whole week dedicated to praying Jesus’ prayer at the Last Supper: “That they may all be one, as you, Father, are in me and I in you” (John 17:21).

What better way to begin this week than with a reading about a king anointed to unify God’s people? As we look around the world, we see Christian churches divided into camps: Catholics and Protestants and Orthodox. And within those general categories lie many other divisions, both political and religious. A lot of these divisions are centuries old, and the prejudices supporting them may seem to us to be too deeply entrenched to ever be rooted out. Wouldn’t it be great if we also had an anointed leader to bring us all together?

We do: Jesus, the Christ – the Anointed One. As Cardinal Raniero Cantalamessa once said, “If we Christians will turn to Christ and go forward together toward him, we will draw closer to each other until we become what he prayed for: to be one with him and with the Father” (Lenten Sermon, March 18, 2016).

If we can keep our eyes fixed on Jesus and not on our divisions – if we can ask the Spirit to soften our hearts toward each other – we will find the grace to come together again in love and unity.

You may want to ask one or more of the following questions in prayer, and notice what you see /hear /feel /whatever comes into your heart or mind:
Jesus, where have you been working in my heart, that I haven’t noticed /paid attention?
Father, how are you calling me to grow in love? Which relationships do you want to highlight for me, at this time?
Holy Spirit, where do you want me to focus on what’s coming up in my own heart, instead of how others are treating me?

Week of Prayer for Christian Unity 2022

The week of Jan.18th-25th every year has been designated by many Christian churches as the ‘Week of Prayer for Christian Unity’, when